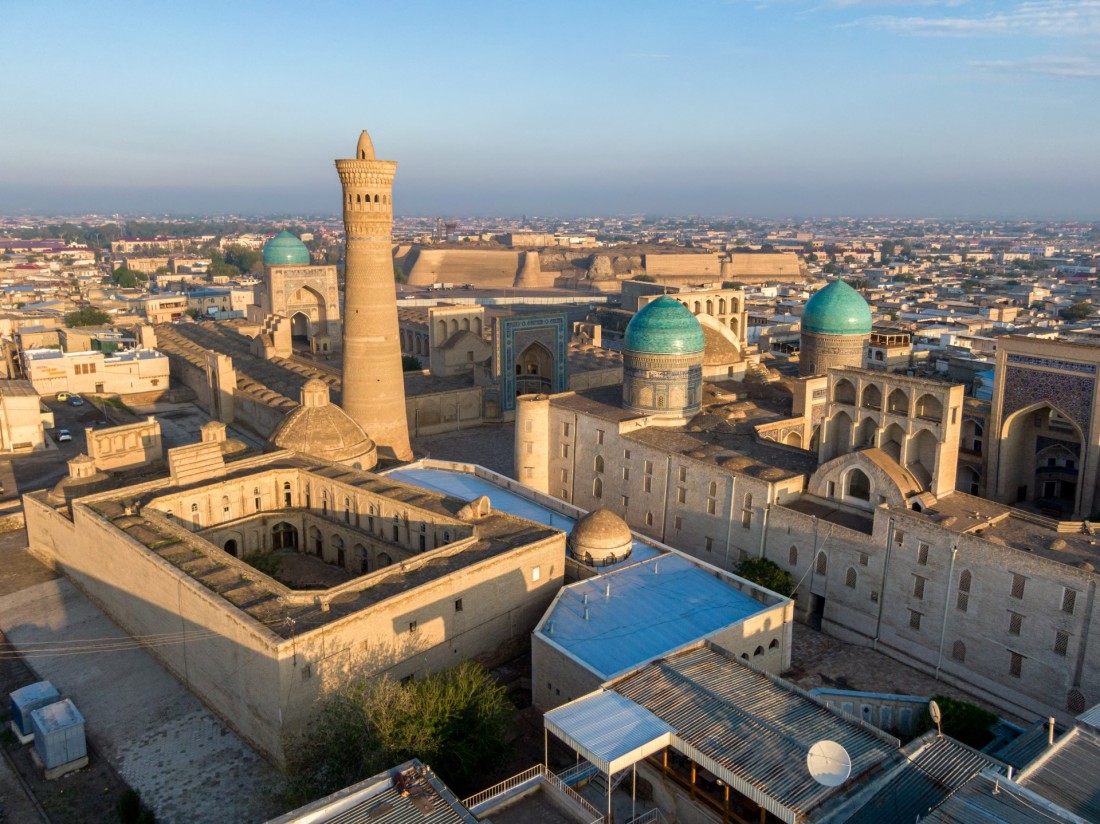 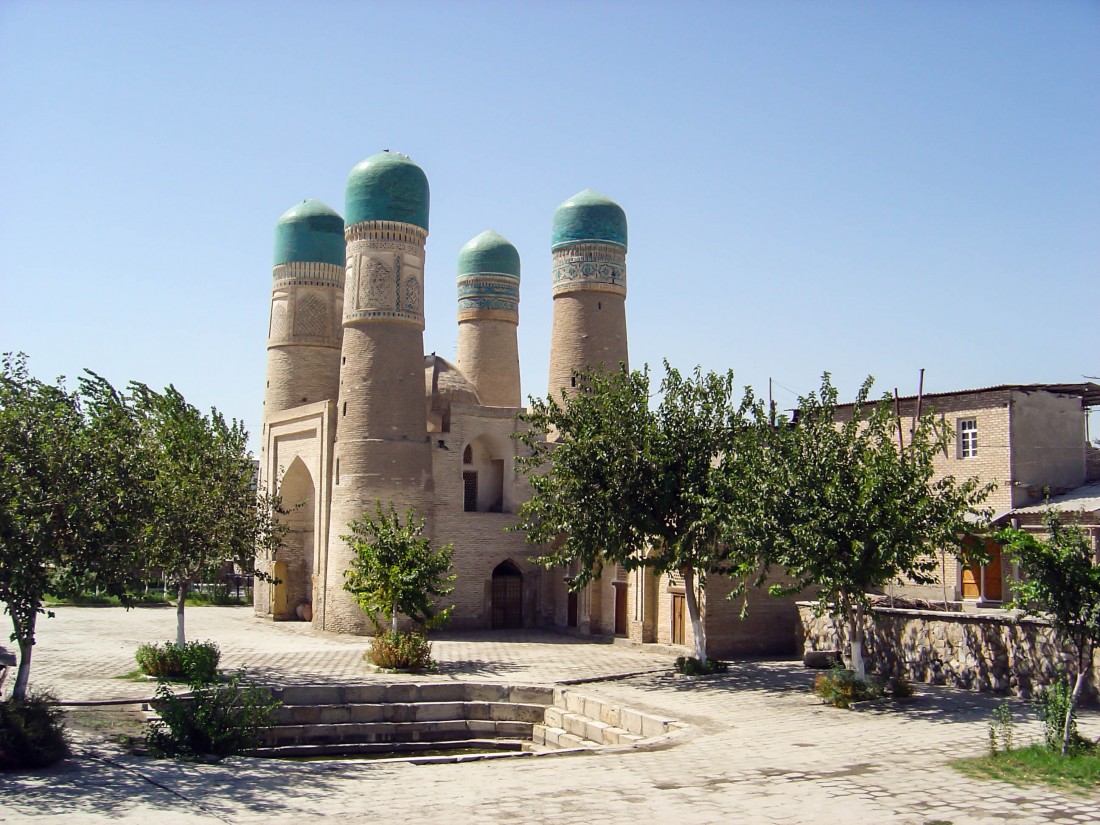 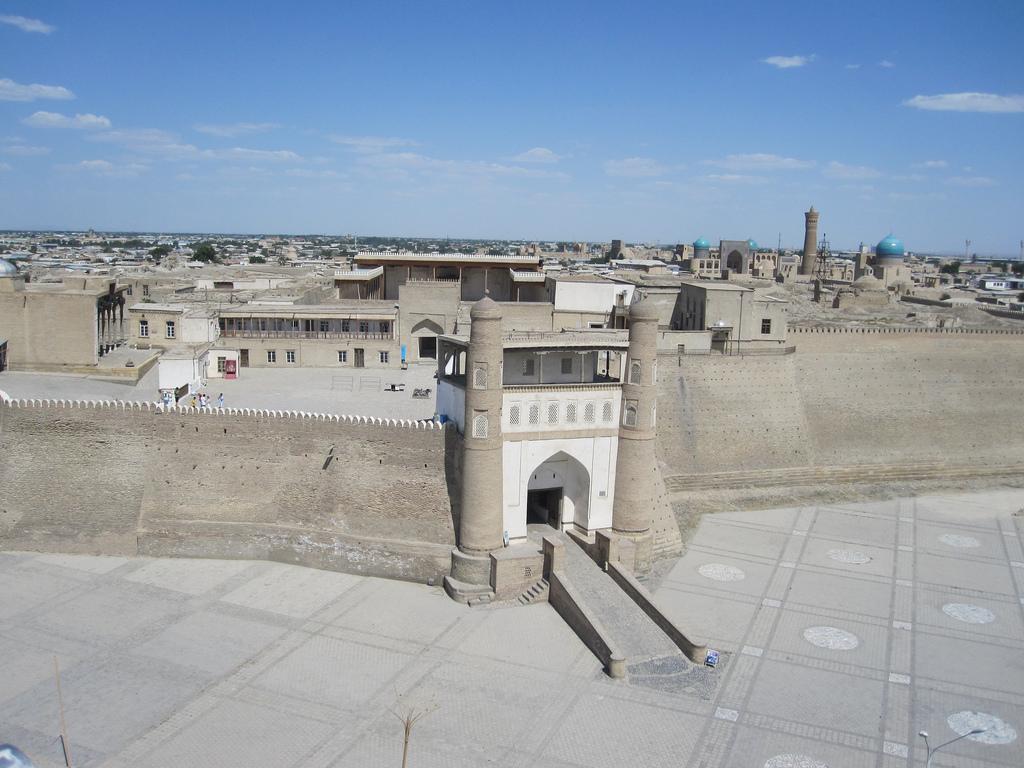 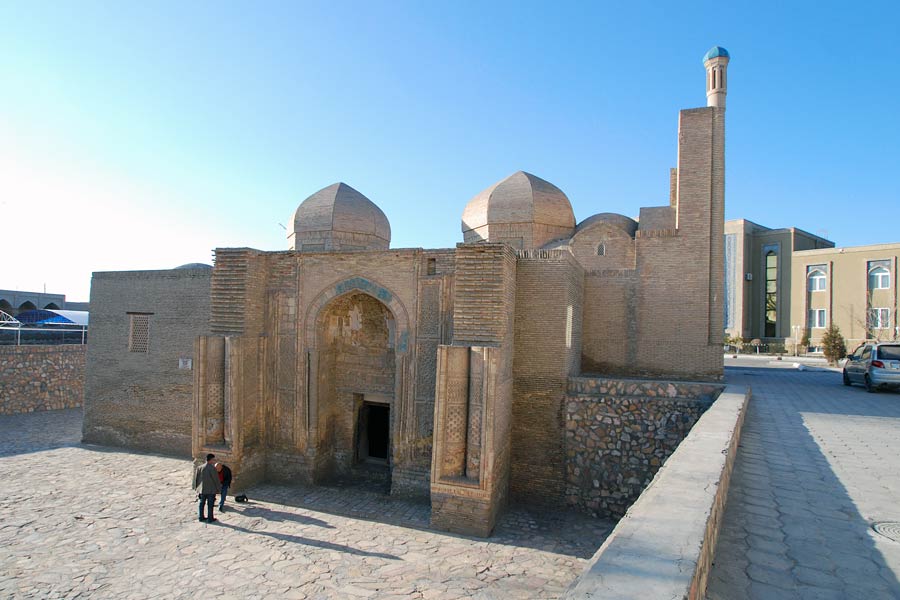 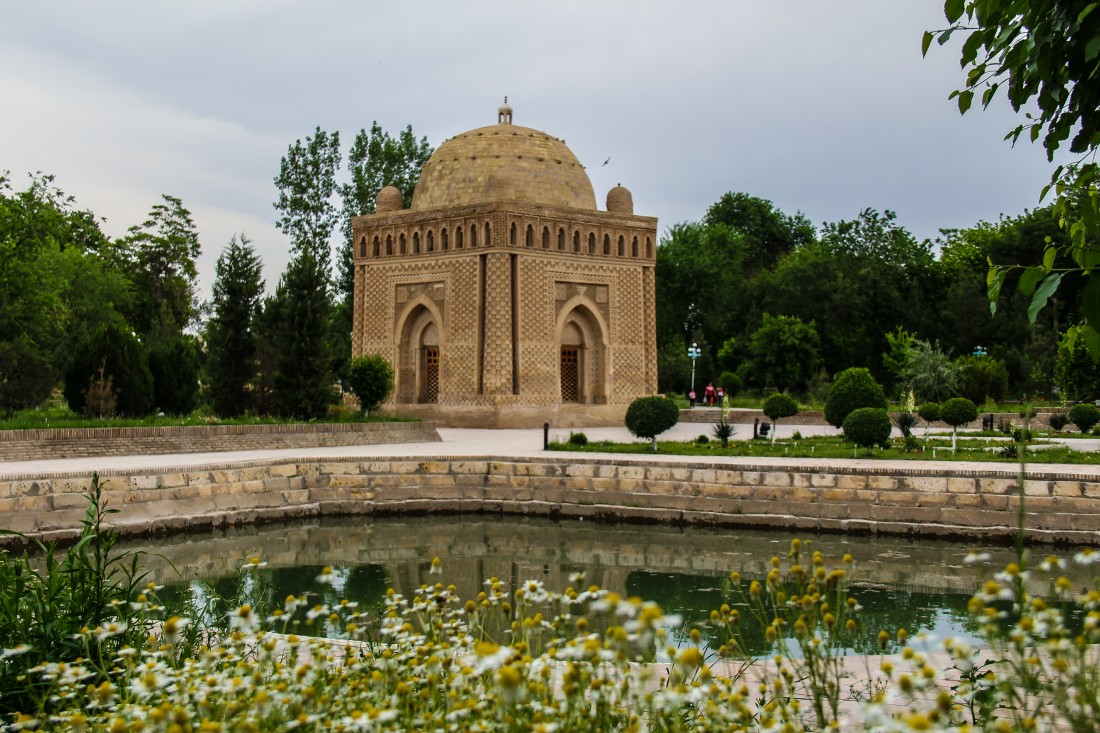 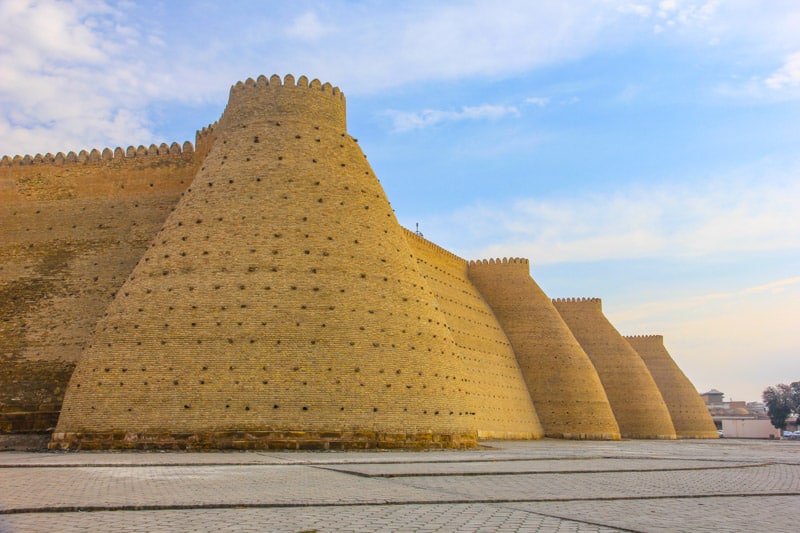 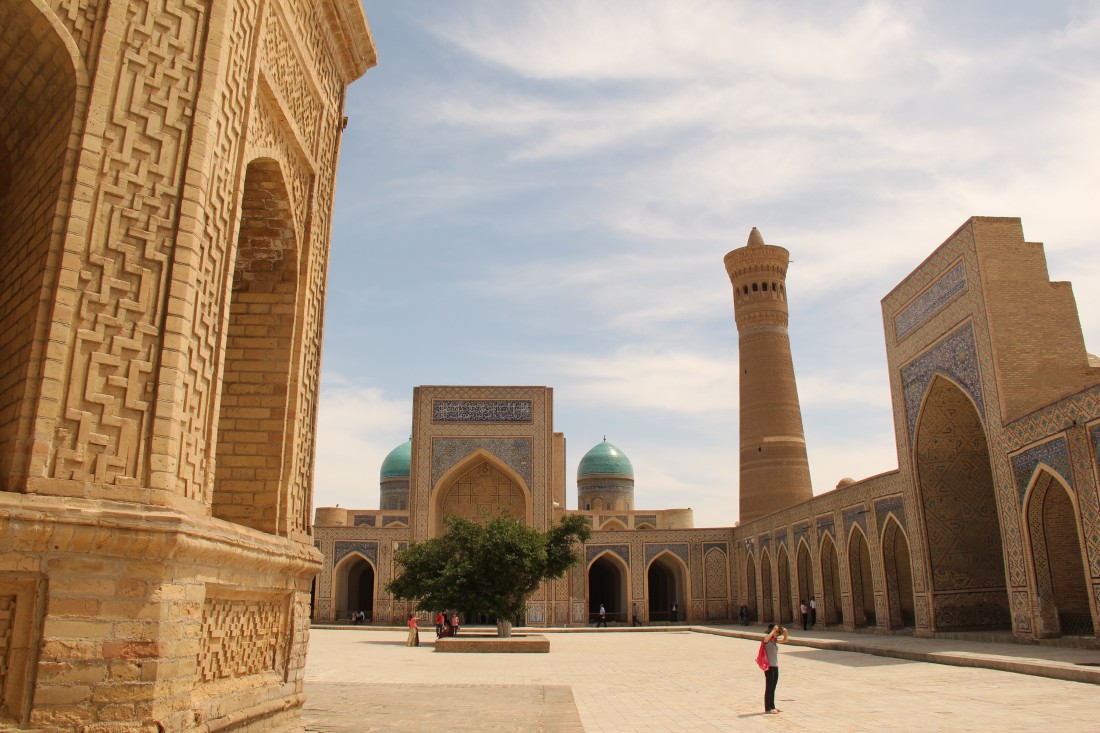 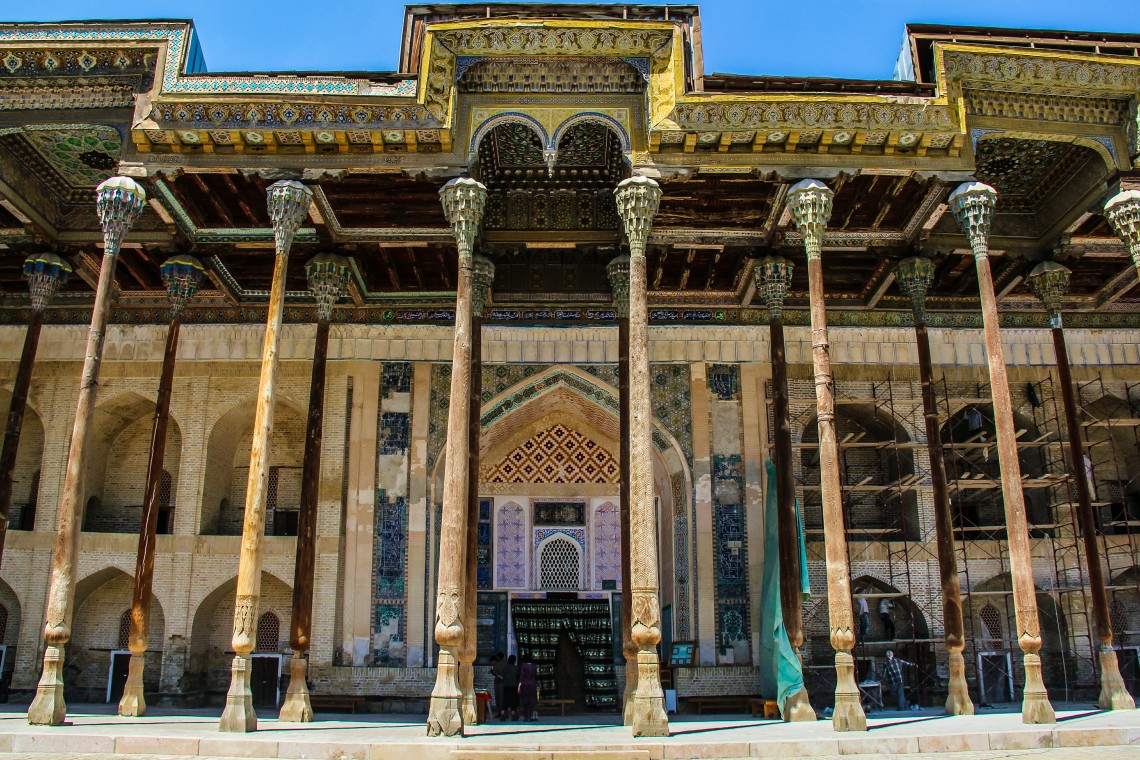 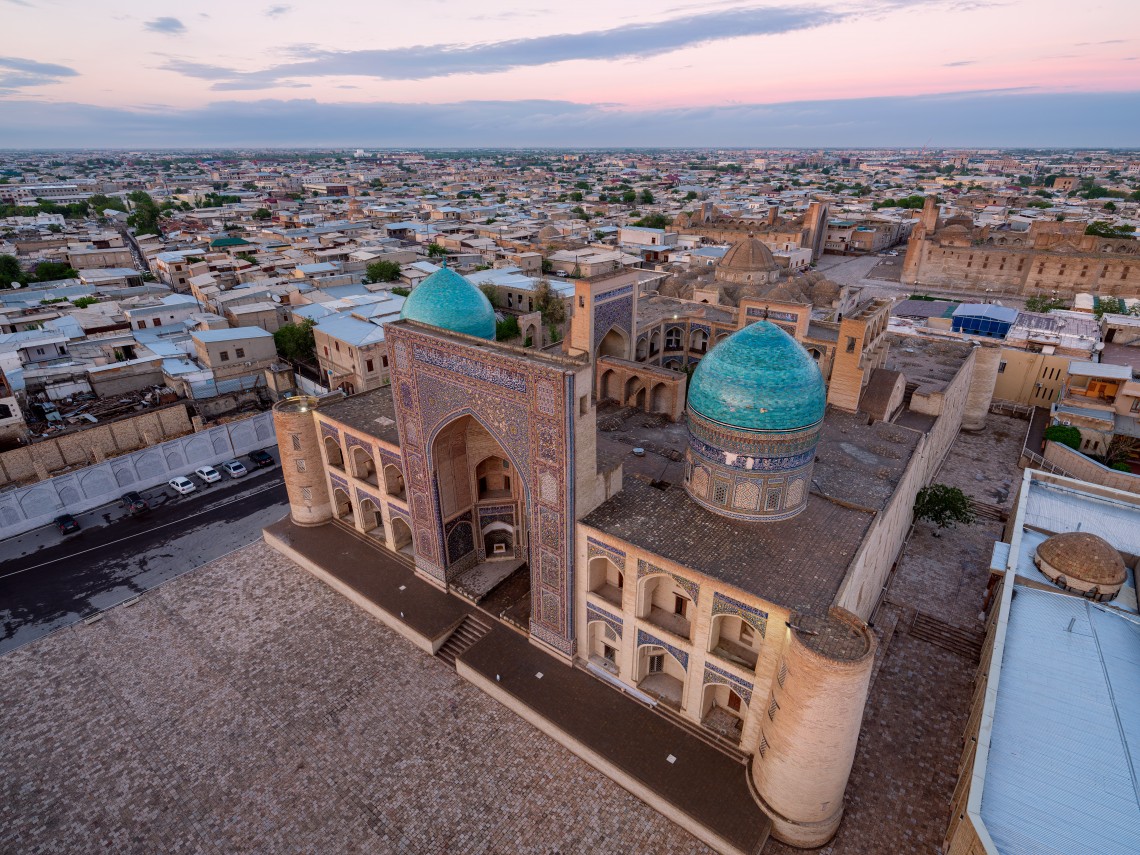 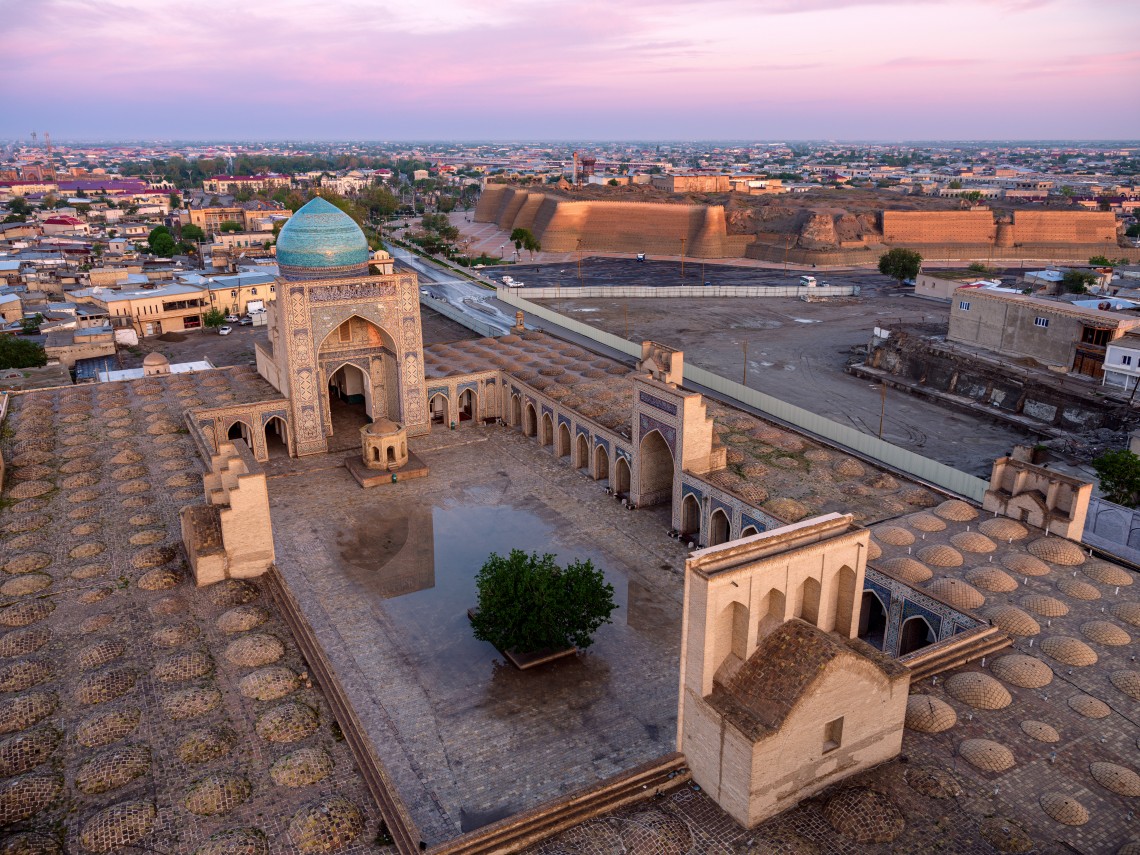 One of the most sacred places of Islam, the admired and charming city of Bukhara was also one of the key stops along the Silk Route.

In the Middle Ages, when the region was at its pinnacle, scholars travelled from all over the Islamic world to study here, including two giants of Persian culture, Ibn Sina and Firdausi.

The monuments on show are truly remarkable, from the amazing Kalon Minaret, spared by an enthralled Genghis Khan and bombed by the Red Army, to the small but exquisite Ismail Samani Mausoleum, with its Zoroastrian patterns and intricate brickwork.

The main sights can be seen in a day but this is one place where little seems to have changed from the medieval era, and taking things a little slower lets you soak up the thrillingly authentic atmosphere.

The historic center of Bukhara has been listed by UNESCO as one of the World Heritage Sites.

Poikalon Complex – consists of three structures, Minorai Kalon, Masjidi Kalon & Miri Arab Madrassa. Minaret was built by the Karakhanid ruler Arslan Khan in 1127. The mosque was built circa 1514 & madrassah was completed in 1536.

Ark citadel / Registan Square – From the most ancient times the Ark was the fortified residence of the rulers of Bukhara. Everything could be found there – palaces, temples, barracks, offices, the mint, warehouses, workshops, stables, an arsenal, and even a prison

Labi Havz – considered to be the center of the Old City. It means “ensemble near the pool”. The main element of this ensemble is the pool. The ensemble Labi-havz has three monumental structures. These are:  Kukeldash madrassah (16th century) built by Abdullah II was, at the time, the biggest Islamic School in Central Asia. Nadir Devanbegi Madrassah (16th century) was inteded to be a caravan saray, but according to the order of the ruler Imam Kulimkhan, was reconstructed into a Madrassah. Nadir Devanbegi Khanaka (winter mosque) was built at the same time as the Labi-havz (16th century).

Ismoil Somoni  Mausoleum –  was built in the 9th (10th) century (between 892 and 943) as the resting-place of Ismail Samani – a powerful and influential amir of the Samanid dynasty, one of the Persian dynasties that ruled in Central Asia, who held the city in the 9th and 10th centuries. The architects used an ancient tradition of baked brick construction, but to a much higher standard than had been seen before. The construction and artistic details of the brickwork, are still enormously impressive, and display traditional features dating back to pre-Islamic culture.

Maggoki Attar Mosque – the oldest surviving mosque in Central Asia, dating back to the 9th cent., reconstructed in the 16th cent.  It was built in place of the temple of fire worshipers. Till present time reached the sample recovered in 1546, it is16th stepped hall under two domes. Portals building are a real masterpiece of architectural decoration.

Four Day Private Journey Through The Heart of Uzbekistan